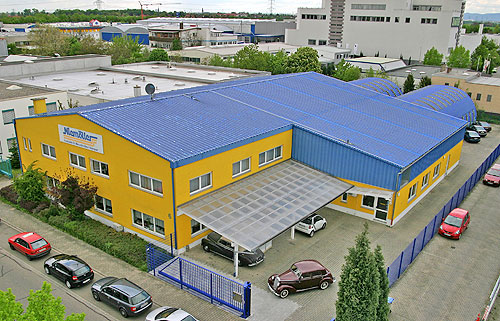 The term classic car is the most common term in German for old motor vehicles. There are, however, one or two synonyms that enthusiasts and fans like to use for ageing jewels on wheels. Commonly known as veterans or barn vehicles, the classic car is sometimes affectionately called Schnauferl in Austrian and Bavarian dialect.

What is a classic car - definition

In German usage, the word Oldtimer refers to old motor vehicles. What they all have in common is that they exceed a age limit of at least thirty years. Of course, cars such as Mercedes vintage cars, VW veterans or BMW classics are right at the forefront. In addition, there are impressive vintage trucks, tractors and not to forget: Vintage motorbikes. Think of a Kawasaki or Harley Davidson, which characterise the retro trend in the motorbike scene.

For the age limit of at least thirty years, it is not the year of construction that counts, but the first registration of the motor vehicle. According to the registration ordinance, a vehicle is only given the title of classic car if it was first used in road traffic at least thirty years ago, is largely in its original condition and in good condition, and is considered a motor vehicle cultural asset.

The word "oldtimer", which comes from the English, is a so-called pseudo-anglicism. This means that the term does not exist in English or has a different meaning. In this case, war veterans, elderly people and also Alzheimer's disease are called old-timers. There is no comparable equivalent in English for the German meaning "Oldtimer", which generally refers to cars and motor vehicles with a collector's value that have been registered on the road for more than 30 years. Depending on the age classification, terms such as Modern Classic as well as Classic, Antique or Vintage are used, each followed by Car, Motorcycle, Truck, etc.

Until the 1960s and 1970s, the term "veteran" was used to describe old vehicles and vintage cars; in some cases, experts use the term exclusively for vehicles built up to 1919. Rarely used today, we tend to associate the word "veteran" with war and mean a war veteran. In Switzerland, Veteran is still the official designation for a historic vehicle.

A barn find or garage find is mainly what collectors call the finding of an old vehicle that has been parked in one place for decades and has fallen into oblivion. Often these are models that were widely used everyday vehicles at the time of their storage. After years of disuse, they are mostly rediscovered vehicles in good condition with mostly low mileage, which makes them sought-after youngtimers or classic cars.

Barn find is a term that lights up the eyes of classic car fans. It is every hobbyist's dream to one day find such a collector's item on four wheels as a Mercedes classic car or a VW Bulli with 23 windows behind the gates of an abandoned farm. Unfortunately, something like this rarely happens.

The term Schnauferl sounds special and is used in Austrian and Bavarian dialect for a weak old vehicle. In fact, this term comes from the sound of the key valve of the engine of the time. The air escaping when the valve was opened thus produced the typical puffing of the engine.

Fascination classic car - what makes someone buy an old car for expensive money?

What actually makes this "fascination with classic cars"? What makes someone buy a car that is over thirty years old for expensive money? After all, modern cars are more reliable, faster and also more fuel-efficient.

If it's up to a passionate collector, a vehicle has to tell a story, the more detailed the better. Classic car fans know exactly who drove their car and where it has been over the years. It's Hollywood flicks like "King of Cool" with Steve Mc Queen in a vintage Ford Mustang or a film like "Knocking on Heaven's Door" by and starring Til Schweiger that puts a baby-blue Mercedes Vintage W113 in the spotlight. It is the fascinating elegance, robust technology and design excellence of these classic cars that awakens the "fascination of classic cars" in their fans.

But not only that! Doesn't everyone's gaze wander to the road when vintage cars majestically pass by in column? Towards the spruced-up veterans, adorned with gleaming chrome and lovingly assembled down to the smallest detail, usually through years of hard work.